To keep connected with us please login with your personal info

Enter your personal details and start journey with us

Despite our best efforts, it always appears like we have seen and read everything, isn’t that right? We decide to embark on an expedition since we’re tired and have no one to lead us; nevertheless, we only end up finding the yaoi manga that will give our lives purpose. With these comics, we’ve struck gold that will leave you begging for more!

A subgenre of manga and anime that focuses on the sexual and romantic connections between males.
Yaoi initially appeared in Japan in the late 1970s when fanfiction (fan-written tales about well-known literary characters) shops started to sell the first pieces in which the tight platonic male connections typical of shnen-ai were changed into love relationships with homoerotic overtones.
Yaoi is now one of the most well-known forms of mass culture in Japan and has achieved prominence among both manga and anime creators and viewers. 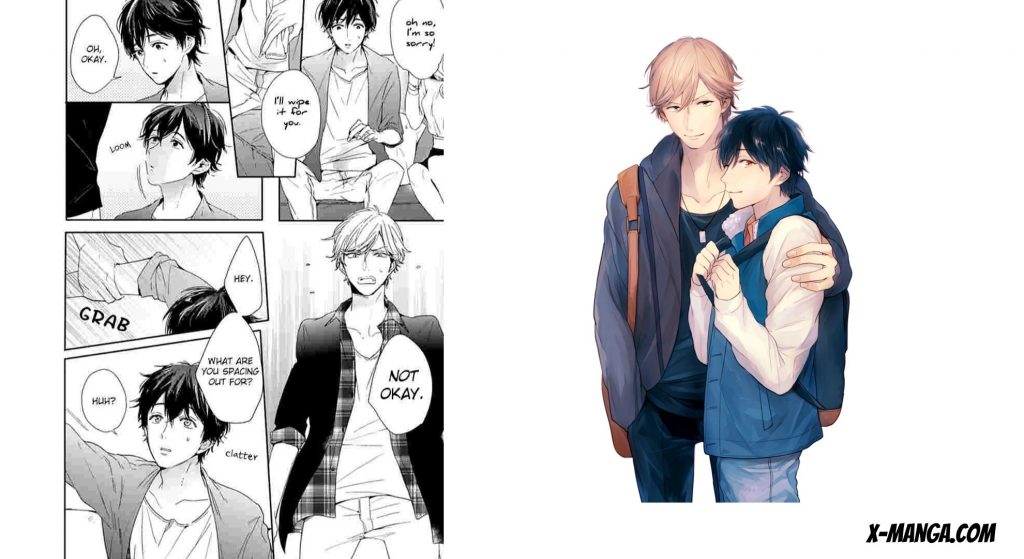 Life may get very dull when you have everything you could ever want. Due to his good looks, wealth, and popularity, Sudo has no trouble obtaining everything he desires, with the exception of Kishi’s attention. Despite Sudo’s best efforts, Kishi doesn’t seem very interested in getting to know him. Or does Sudo need anything else from him?

To put it mildly, Sudo’s motivation for picking on Kishi is incredibly petty. Sudo’s self-esteem was permanently damaged after a girl that resembled Kishi rejected him once while they were both in high school. Don’t worry, bullying isn’t harsh; a high school kid would do it. Sudo tries harder to capture Kishi’s attention as a result of the fact that he doesn’t appear to mind, though. Eventually, everything sorts itself out, and they can be seen enjoying each other’s company while they sleep. 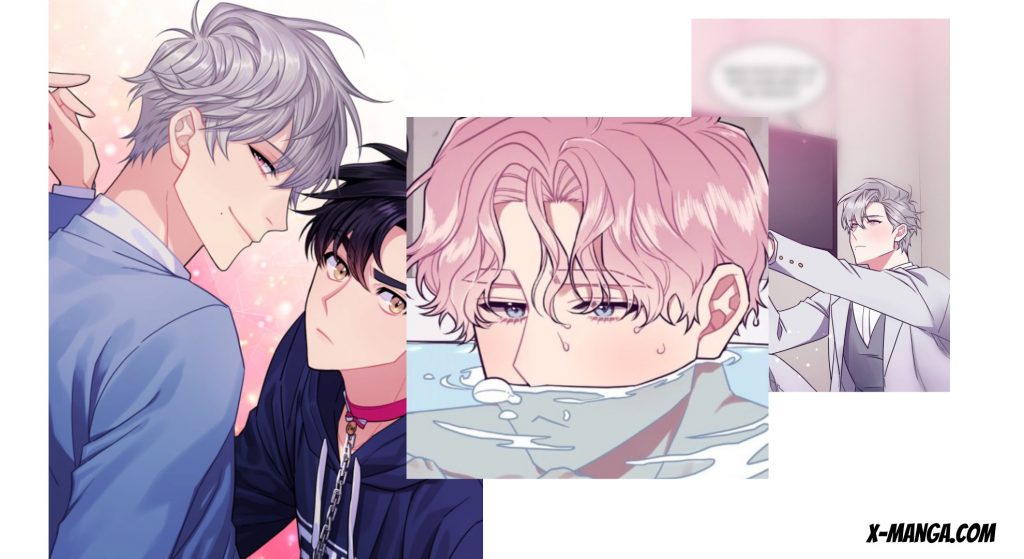 Sungjoon, a student who recently relocated to Seoul, gets a cheap room, but due to a fire, he ends himself on the streets. He is horrified when he recalls Hyo In, a former student of his, who proposes to Sungjoon in a strange way. 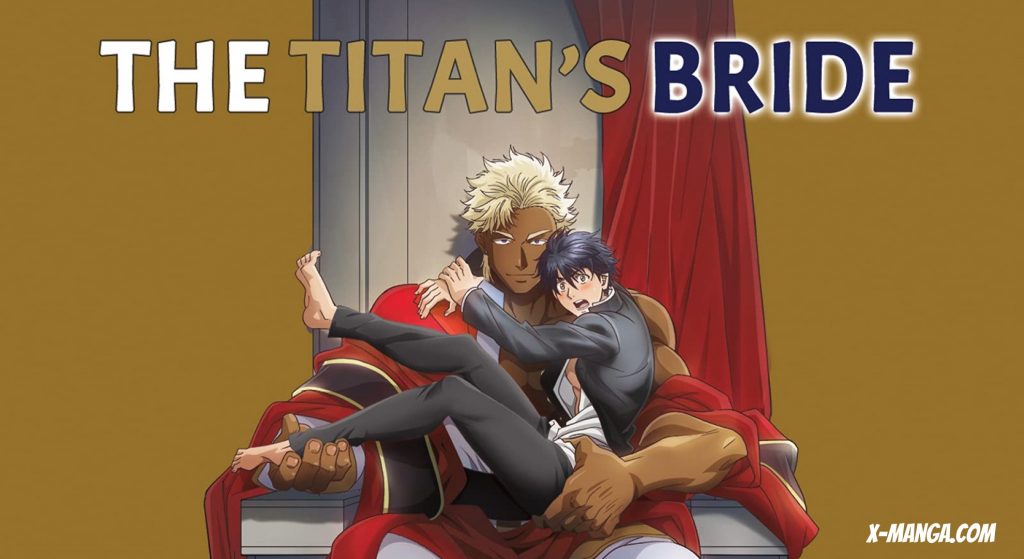 Koichi leaves for home after his last day of school, not realizing that it is also his last day on earth. As soon as he hears a voice calling to him, he is suddenly taken to a realm where everyone is three times as big as he is. On the other side, a massive behemoth named Caius is awaiting him, and Koichi will soon become his wife. This has to be a prank of some sort!

Kaius is large both physically and intellectually, if you get what we mean. We are genuinely curious about how they manage to do that, and we are hoping fervently that Koichi’s ass can take it all in without tearing itself apart. We’re given explicit sex in Bride of the Titan, and we can’t get enough of it! Thankfully, this comic provides us more than just flying bliss. There are sentiments hidden behind the attractive surface of the distressing plot. 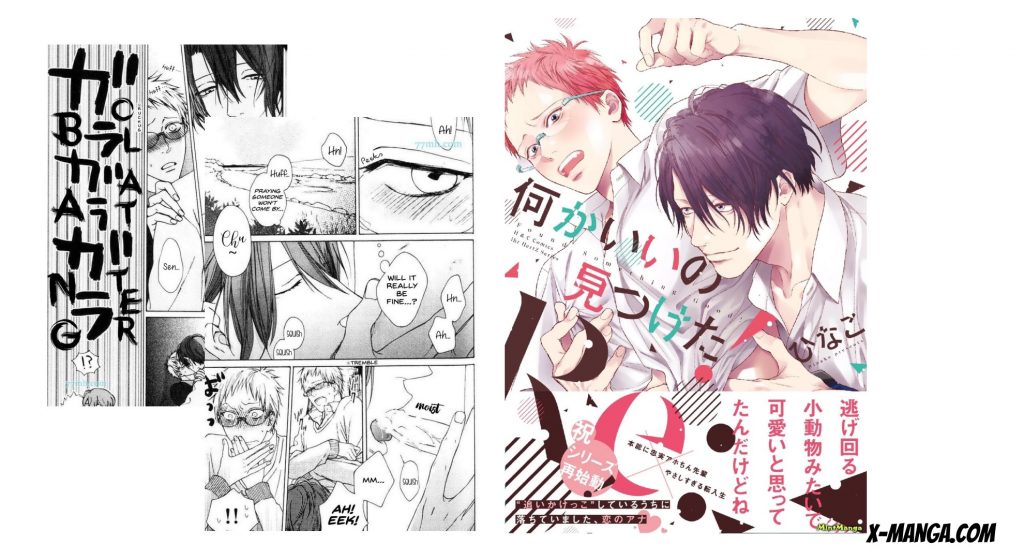 Minoru excels at what he does, serving as a charismatic boss at work and neglecting to assist in raising his daughter. Inadvertently running across pastry chef Niina, Minoru realizes they must present him and his confections during the next job interview. However, when Niina learns Minoru’s darkest secret, things get much too difficult.

Soon after “discovering” Minoru’s homosexuality, Niina makes the decision to confront him. Minoru first opts to reject it, but he is unable to resist his love for Niina. When they decide to try sleeping together, there are instantaneous fireworks. Minoru hasn’t communicated with anybody in this way in a very long time, but he needs to take care of his daughter Honami, so he breaks up with Niina using the yaoi principle. But do not fret. They finally have their happy ending after all the longing. Thankfully, there was also a ton of hot, sweaty sex.

Mein hopes that his high school debut would be flawless, which will cause him to fall in love and then locate a girlfriend. But when he crosses paths with Hachikaka, a fellow student with a “minor” issue, life has different plans for him. Hachikaku is astonished and perplexed when Mein helps him with this issue, so he offers that they try a few things to see if Mein is the answer to all of his issues.

His personal life was being affected by Hachikaku’s issues, or what was remained of it after the girl he was dating learned that he couldn’t get it up! Even though Moi truly didn’t want to get involved in the process of fixing Hachikaku’s cock, it appeared that he would have to. If anybody had asked him, he wouldn’t have said that helping a man get his dick erect was in his high school goals. However, as he goes along, he discovers that he doesn’t mind helping a fellow man so much. With that premise, it’s easy to expect that the main protagonists will engage in a lot of steamy sexual activity.

Yunboom secretly follows his classmate Sanu everywhere because he is enamored with him. Sanu does, however, have a tiny secret, and when Yunboom unintentionally learns about it, his life is really in danger!

Minoru excels at what he does, serving as a charismatic boss at work and neglecting to assist in raising his daughter. Inadvertently running across pastry chef Niina, Minoru realizes they must present him and his confections during the next job interview. However, when Niina learns Minoru’s darkest secret, things become way too complicated.

Soon after “discovering” Minoru’s homosexuality, Niina makes the decision to confront him. Minoru initially opts to reject it, but he is unable to resist his feelings for Niina. When they decide to try sleeping together, there are instantaneous fireworks. Minoru hasn’t communicated with anyone in this way in a very long time, but he needs to take care of his daughter Honami, so he breaks up with Niina using the yaoi principle. But do not fret. They finally have their happy ending after all the longing. Thankfully, there was also a ton of hot, sweaty sex.

Ricochet sex is the best remedy for mending a shattered heart, right? Shizuma has that thought while intoxicated at a nearby tavern. The only issue is that he wakes up the following morning next to the man and has no memory of anything. Shizuma’s rebounding partner Minato is outraged and vows to discipline him. But something unexpected occurs as Minato attempts to triumph and break Shizuma’s heart.

Therapy Game tells the tale of Shizuma, a straight man who is unsuccessful in dating women, and Minato, a gay man who wants to teach him a lesson. The moment Shizuma truly begins to show some interest in Minato, however, things don’t go as he had anticipated. Shizuma continues to date Minato despite the fact that his plan to make her fall in love with him and then discard him has already failed. You know where: right to the hotel for dating! It’s tough not to want more because the steamy moments are so expertly drawn.

Taking care of a citizen of a developing nation who doesn’t even speak Japanese is not the only thing Ryoichiro would rather be doing. He had little choice, though, as the chairman of the institution where he works had requested a favor. Even though Kaltaka is an expert warrior and unbelievably attractive, Ryoichiro finds him to be completely incompetent when it comes to contemporary technology or anything else! If only hearing Kaltaka say his name didn’t make him feel strange…

Everyone enjoys a good love-hate story, and it’s even better if the two main characters are attractive men! Even though Ryoichiro and Kaltaka aren’t precisely rivals, their relationship isn’t off to a good start. Ryo needs some time to adjust to the presence of his new visitor, especially considering Kaltaka need assistance with even the most basic tasks. Nevertheless, it is adorable to witness this haughty tribal man chasing after Ryo like a scared dog. But one thing is certain—Kaltaka doesn’t require assistance in the bedroom because he is fully aware of what to do.

People who are grieving may do things they would never do otherwise: Hoizumi chooses to give dating guys a try. He begins going to homosexual bars, where he runs into the owner, and tells him about his issues and how he detests living in a loud apartment complex. The master agrees to let Hoizumi dwell in one of his flats after hearing his grievances. He leaves out the fact that Hoizumi will have to live there with a man by the name of Asahi.

Place the two male residents in the same room, sit back, and see the miracle. Even though it is well known what occurs when two guys are made to share a home, we nevertheless find it entertaining to see the tension between them develop. Hoizumi and Asahi first disagree, but they quickly switch to other sexual activities in the bedroom. Yes, we love sex as much as everyone else, but when you pair it with a great tale, it’s simply perfect!

Akane’s situation appears dire as she is going to lose a battle she got into with some tough guys. Fortunately for him, Ryoji and Taro arrive in time to stop the pounding. Akane is delighted that Ryoji, his hero, saved him despite the fact that he appeared to be weak, and he intends to take use of this chance to get close to him. However, things don’t turn out as planned. Akane appears to be another person of interest.

Akane starts spending time with her hero Ryoji and life starts to appear more fascinating. His respect for him just gets more intense as they draw closer. However, Taro’s sentiments for Akane shift when she supports Ryoji. Akane ultimately comes to terms with his feelings for Taro after some delay, and the result is some priceless intimate exchanges between the two of them. Of course, there were other factors at play when we decided on this comic. It’s even more famous because of how lovely the character design and visuals are.

1. Itonaga-kun no Koi no Ito

Itonaga was ridiculed in high school because of his strangely tiny eyes. Itonaga, who has had this horrible event shape him as an adult, enrolls in college hoping to start again. only to run across Sanada, his erstwhile tormentor, on his very first day. Itonaga is plagued by all of his regrets, but Sanada doesn’t seem to be the same person he once was. Will the journey’s conclusion have a happy ending?

We can’t put our faith in Sanada. He did harm to our beloved Itonaga, after all. But as the plot develops, we see that he makes every effort to turn things around. Itonaga will undoubtedly need some time to begin believing in him, but we are not complaining. This allows us to see how their connection changes from that of total strangers to something very different. Itonaga-kun no Koi no Ito has one of the softest ukulele you’ll ever see and a wonderfully charming narrative.

We are in social networks